Insurance can be a bit mysterious. That voice in the back of your head tells you that you should read all the fine print of an insurance contract but actually reading it all or listening to an agent explain all nitty-gritty details can be well - mind numbing to say the least. For these reasons motorcycle insurance isn't greatly understood by a lot of riders.
A lack of full understanding doesn't stop people from having opinions though. I'll almost guarantee that if you go to just about any motorcycle forum - people have been, or are currently having a heated conversation about insurance. 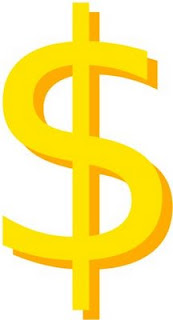 It's one of those things that you don't want until you need it.  But if you want to ride a motorcycle in Canada one thing is certain - you've got to have insurance. In light of this and because we've been getting some emails from riders asking about insurance lately we've put together a few basic bits of information that you should know.
Before we get into the tips, realize that different provinces and territories may have different systems so you need to be aware of what the regulations are in your province or territory.
British Columbia, Saskatchewan, Manitoba and Quebec, for example, all have public insurance systems that are owned and run by the government. Some say that public systems keep costs low, others think it creates a monopoly and higher insurance costs. We'll reserve judgment but having lived in Manitoba (under a public system) and in Nova Scotia (private insurance) - I'm paying a lot less under a private system.
1. First tip, if you take only one piece of advice take this one... Before you choose what bike you're going to buy call around to some insurance companies to get an idea of what the insurance costs will be. This might end up being a BIG factor in your decision of what you'll end up buying.
Insurance can be very expensive on some bikes, some you wouldn't think would be expensive are and some you thought would, aren't!  Yes - it's confusing. Don't try to make sense of it, just do yourself a favor and make a few phone calls.
Consider that the Société de l'assurance automobile du Québec (SAAQ) have published a list of motorcycles that they consider "high risk." What does this mean? Well - we've not spoken with the SAAQ to ask them but we can only guess that it means that if you want to insure one of these high-risk motorcycles in Quebec that you're going to pay dearly for the privilege.
What's surprising is that if you look at this list, there's plenty of very powerful bikes that aren't on this dreaded "high-risk" list. The Yamaha FZ1 isn't on the list for example. This 1000cc bike packs about 150hp - more than plenty of the bikes on the list. It is a little more upright though and perhaps typically ridden by more mature riders. 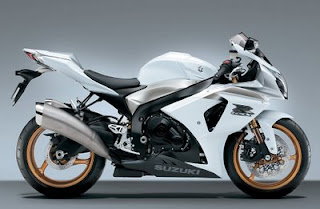 There are some bikes on the list you might not expect - a BMW K1200S for example. BMW's sportsbike isn't a typical crotch rocket ridden by somebody that just got their licence. Maybe it's stolen more?
There isn't a universal high-risk list but each insurance company may have their own list of bikes that they don't like to insure.  Find out what bikes are on that list and be informed when making your purchase decision.
2. Consider the type of bike you're going to ride. In general, an expensive sportbike will typically cost more to insure than a sedate entry level bike. There are some possible surprises, as we've noted in tip 1 but in general a very fast and very expensive bike is going to cost more to insure. Claims analysis done by the Highway Loss Data Institute in the US has shown that supersports class motorcycle have the worst overall accident rates and insurance losses among all types of motorcycles, with driver death rates nearly four times higher than rates for motorcyclists who ride all other types of bikes.
3. Call around and get quotes from 'several' companies. Prices can vary a lot! I'm talking several hundred dollars difference. It's worth the effort to call around.  I think most people would agree that saving a few hundred dollars is worth a few minutes of your time.  If it's not please give me a call! 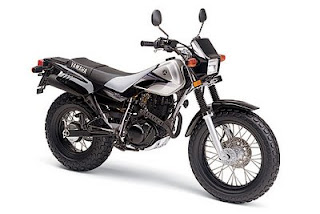 4. If you've taken rider training such as the Canadian Safety Council program or other government approved program, mention it when asking for quotes and ask if they give a discount to riders who take it. Many companies will rate you as having more experience if you've taken this training. I was given 2 years riding experience credit when I indicated to my first insuring company I'd taken it.

5. If you have another policy with an insurance company (such as car, home/tenants insurance, life insurance etc.) ask if they have a multi-policy discount. Typically this gets you a discount in the 5% range.

6. If you are a University graduate or member of some other professional group find out if you qualify for any possible group rate packages offered. For example, Meloche Monnex offers group rates to graduates of many Canadian Universities. You might also find out the insurance company your employer uses to supply insurance benefits to employees (if applicable). Sometimes they'll have group rates for certain employee types. ie: IT workers, health practitioners, etc. There are insurance programs out there for many different groups - it never hurts to ask an insurer if they have any group policies and what groups they insure.

7. Check out a motorcycle forum or club in your area and ask the members what company they use. You might find some local companies that offer motorcyclist friendly rates.

8. Taking a higher deductible for physical damage coverage (collision & comprehensive, specified perils) will generate a lower premium in those categories.

Still haven't had your fill of insurance talk?  Here's a link to a couple articles published by an insurance company that offer some excellent information that's a lot easier on the brain than reading all that fine print!
- What your insurance really covers
- 7 Biker insurance myths - busted