The Goat, the Bull, and the Muskox.

"We received an email from Scott - one half of the "Goat and the Bull" and decided that we needed to post a story about these Canadian motorcycle adventurers with you!

They've got a message for you!

Get Out and Do It!

The Goat, the Bull, and the Muskox.

On July 1, 2010 we locked the door to the house, saddled up the Muskox and took off for Cape Spear. Everyone has a bucket list and a trip across Canada had been on ours for quite some time. One hundred and fourteen days, 22,855 kms and six time zones later we returned home to Gabriola Island, British Columbia. It had been a sweet blast for Wanda and myself that gave us a true insight into just how great and beautiful this country is. 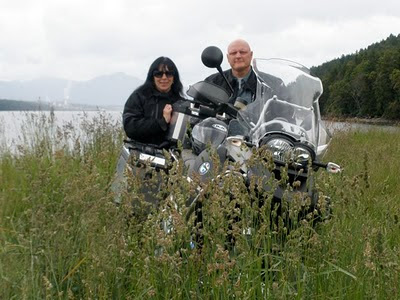 A good road trip requires 3 basic ingredients, roads that beg for more right wrist, scenery that pries your eyes from where they’re supposed to be and folks that relish swapping stories at the end of the day over a cold beer.

The roads we covered, and there were quite a few, equal anything anywhere, from winding black top through mountain and vineyard in the west all the way to ancient trails that connect fishing villages in the east. There is a road here for every taste, every level of experience and every notch of commitment from the weekend affair to the long distance relationship. One simply chooses the kind of riding they want then consult the map.

As for scenery, a thousand people snapping photos of Lake Louise can’t be wrong and if the throngs crowd in on you, there’s always a camp site at the edge of the world at Meat Cove on Cape Breton Island where you can watch the sun rise in a Zen like state. Somewhere in between are ethereal lakes in Ontario, UNESCO World Heritage sites such as Quebec City and Lunenburg or the peace offered by the wide open Prairies. This is truly a stunning country and there is a landscape for every appetite.

At the end of the day new friends can easily be made, we are Canadian after all. Whether it be in the longest running bar in Western Canada (according to the locals) such as the Woodbine Hotel in Winnipeg where patrons run for cover at the sight of a camera. “You don’t know who’s with who’s wife,” a man explained to me after I put the offending piece of equipment away, or a camp site in Bakers Narrows where the couple across the access trail offered us their axe, paper and kindling to get our fire going.

Canadians are indeed friendly by nature and though we may be mocked by others for that, we quite enjoyed the fact that we didn’t feel any apprehension in approaching others, or in turn being approached by them to share an amusing anecdote or find directions to the nearest Tim Hortons. That is a beautiful thing.

Throw in fascinating history, unpredictable weather, beautiful beaches, good food, cold beer and relatively tolerant police officers during our times of indiscretion and this is, in our humble opinion, the 'chosen land'!

On that note, Wanda and myself would love to invite you to our site, www.transcanadianmuskox.com to share in some of our stories, photos and videos from our trip this past summer.

Most of all, we encourage you to 'get out and do it'!

Scott and Wanda aka the Bull and Goat....and yes, our beemer is the Muskox!

P.S. Keep an eye out for the book, ‘Trans Canadian Muskox. A special journey with The Goat, The Bull and The Muskox’.

Here's a few of the fantastic photo's taken on the journey across Canada followed by a video clip!

And a few more photo's for you! 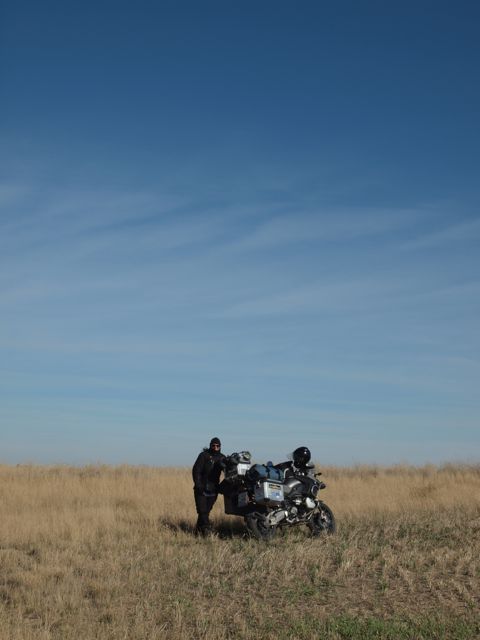 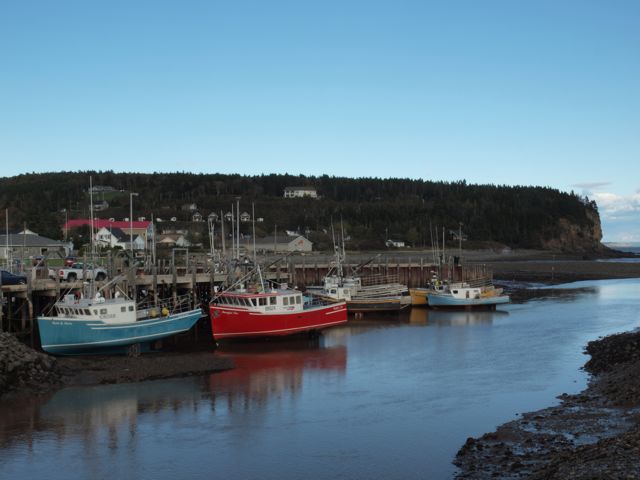 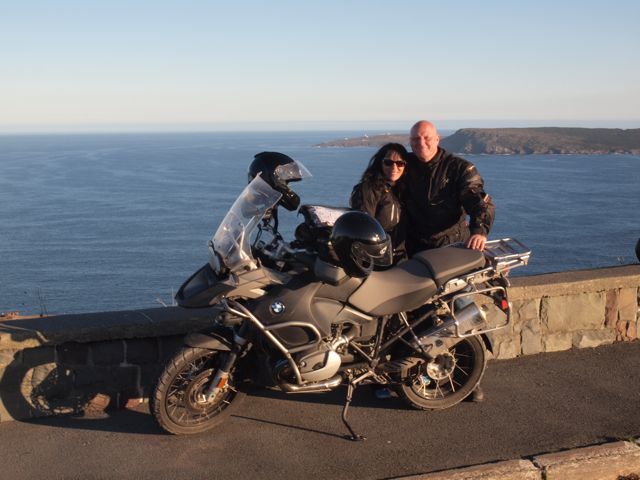 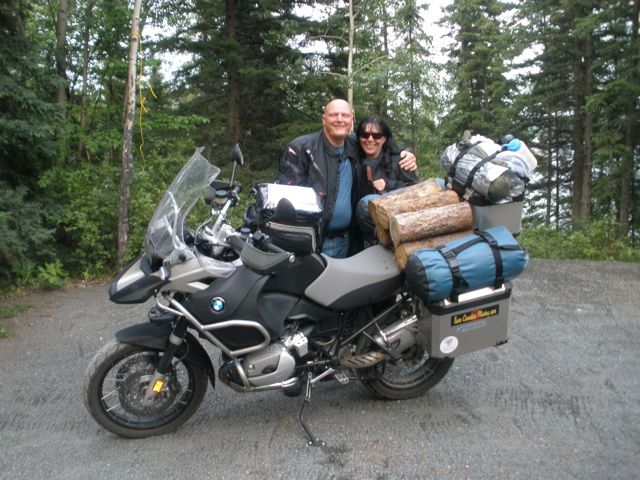