CanadianMotorcycleRider has been around since late 2007 and I've read my fair share of motorcycle themed books since then and with a few exceptions I enjoy them all to a degree. Some are technical, some are light, some have tones of arrogance, some talk about riding, some talk about a life event and have motorcycle themes weaved in, and some are written more skillfully than others. 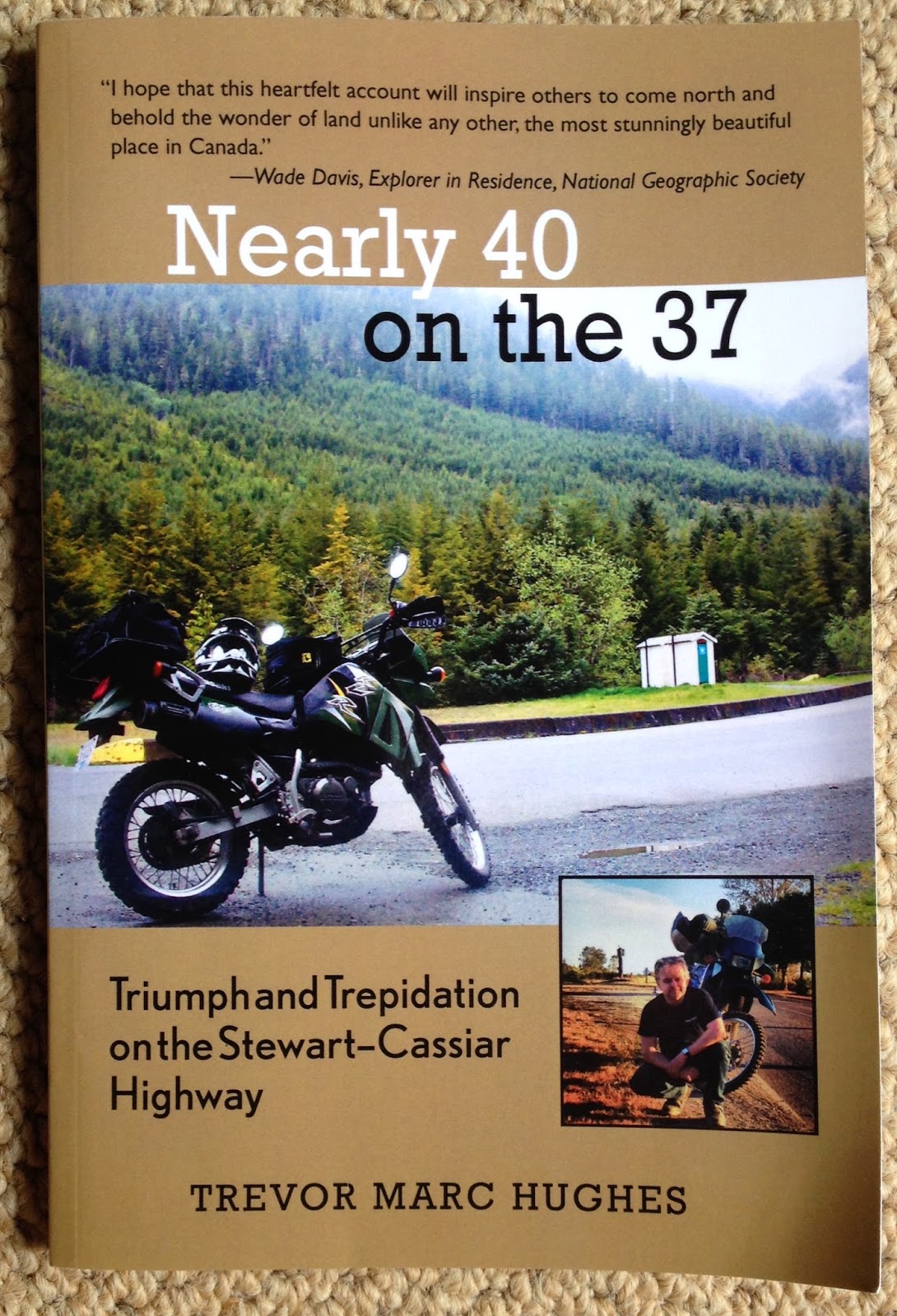 Trevor's book, Nearly 40 on the 37, is a well written and interesting read from a regular guy nearing his fortieth birthday.  It just so happens that he likes motorcycles and plans to go exploring beautiful BC on perhaps the best mode of transportation to experience an adventure on - a motorcycle! We're along for the ride as he travels solo along British Columbia's remote Highway 37.
Nearly 40 on the 37 will fit perfectly in the pannier of your motorcycle if you plan to head on a little motorcycling adventure of your own and don't want a tome of novel to drag you down for the ride. I managed to read it cover to cover in just a few days. I'm not a fast reader by any means but the subject is interesting and light. It's a book that you'll want to pick up and finish. About Trevor Marc Hughes: Prior to writing, Trevor was an actor, most notably when he was barely out of his teens on the television series "Northwood" for CBC Television.  He was a freelancer, part reporter, part independent producer and sometimes arts reporter at CBC Radio Vancouver for over nine years. During this time he also contributed to National Public Radio and publications such as Pacific Mariner and Celtic Connection. He lived in London, England briefly where he helped out at BBC Radio Five Live at Broadcast Centre.

He lives with his wife and two sons in Vancouver, British Columbia and regularly contributes to magazines such as Canadian Biker