A smaller streetfighter is coming from Ducati!

Better buy some track days if you're getting this bike because it's going to hard to keep this bike under the speed limits on the road.  Not sure how this styling is going to hold up long term but it definitely could be described as minimalist and angular.  Looks a little like an insect to me.  A very angry insect!

Combining a new and brilliantly engineered 848 Testastretta 11° engine with the enhanced geometry of a chassis that provides confidence-inspiring agility, the Streetfighter 848 has enriched its user-friendliness with a smooth and flexible power delivery, revised ergonomics and Ducati Traction Control.

The Ducati Streetfighter scored a round one knock-out when it entered the ring for the first time at the Milan show back in November 2008, winning the ‘Most Beautiful Bike’ award and raising the bar for extreme naked bikes. Its asphalt-ripping reputation became the desire of sport naked connoisseurs throughout the world and the Streetfighter 848 will now widen that appeal even further with enhanced usability. 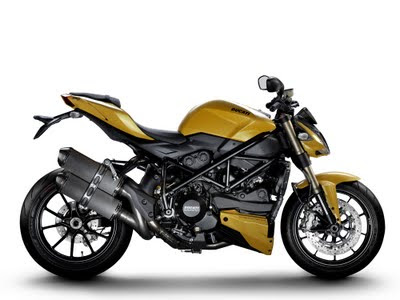 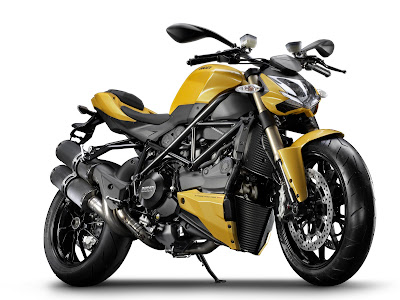 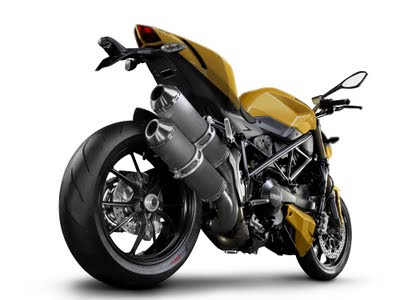 Available in North America from January 2012 onwards, the new fighter is dressed in red for Ducati traditionalists, while yellow makes a return for mid-range purists and “dark stealth” provides a matte-black reminder of the Streetfighter’s aggressive image.