One of the most popular destinations for North American motorcyclists is Nova Scotia, and its famous Cabot Trail on Cape Breton Island. 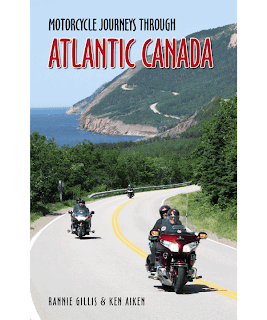 But for now you'll have to go with details provided by the publisher:

This new travel guide, written by local motorcyclists and travel writers, Rannie Gillis and Ken Aiken, is the complete resource for any two-wheel traveler wanting to visit the high points of this beautiful part of Canada. The book covers not only Cape Breton Island and the Cabot Trail but also the rest of Nova Scotia, as well as the neighboring provinces of Labrador, Newfoundland, Prince Edward Island, New Brunswick, and eastern Quebec, including the wild and wonderful Gaspé Peninsula.

Each trip has a detailed route description, easy-to-follow maps, and unique photographs—all brought to life by the authors' informed and colorful narration. Local customs, history, tips for rider-friendly restaurants, ideas on unique lodging, comfortable campsites, and information on border crossings between the U.S. and Canada are included.

Pick it up on Amazon.ca at a discounted price now:

We've just updated the Motorcycle Events calendar (best viewed with any browser other than Safari) with the dates for all the Ride for Sight events listed across Canada. We thought we'd post the schedule for you here too and provide a little information about this worthwhile event: 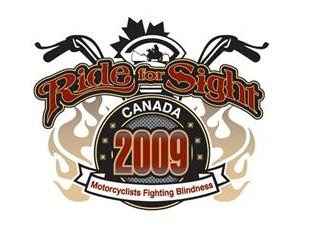