2011 Canadian Superbike Champion racer, and Saskatchewan - Canada native, Brett McCormick is set to get a new website in a week or two according to his Facebook page.
In the nick of time we might add! He admits the graphics and design of his current site is somewhat in need of an update... "I figure the 1980 style is getting dated."
Keep an eye on http://www.mccormickracing.ca/ over the next few weeks.
Brett has been trying to parlay his success in Canada to the WSBK level and had been making some big steps such as his top five finish in only his sixth World Superbike race at the Nurburgring. And that's after coming back from a serious accident in his second race of the season at Assen.
We're keeping an eye on "The Kid" and hoping to see him regularly on the podium in the future. 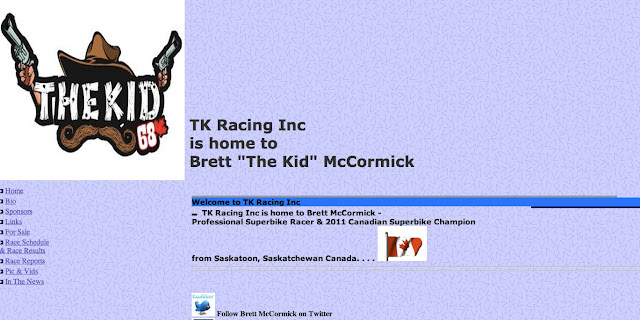