Bultaco is back. The Spanish marque were popular from the 50's through the 70's but by the 80's they had gone out of business. Back then, trials bikes, enduros, and scramblers were the sort of thing you could expect. Cue 2014 - the Spanish firm is coming out with a couple of electric motorcycles. Both are powered by PowerCore MK1 air-cooled brushless moto electric motors, making around 53 horsepower with a pretty impressive torque figure of 92lbft.


Dubbed the Raptian and Raptian Sport they've got a top speed of 90 MPH and a recharge time between three-and-a-half and five hours with a range of 124 miles in the city and 68 miles on the highway. Weight is 189 KG.

Look for a 2015 release date. Doubtful they'll be in Canada. Nice looking bikes if you ask us though. Electric bikes are coming! 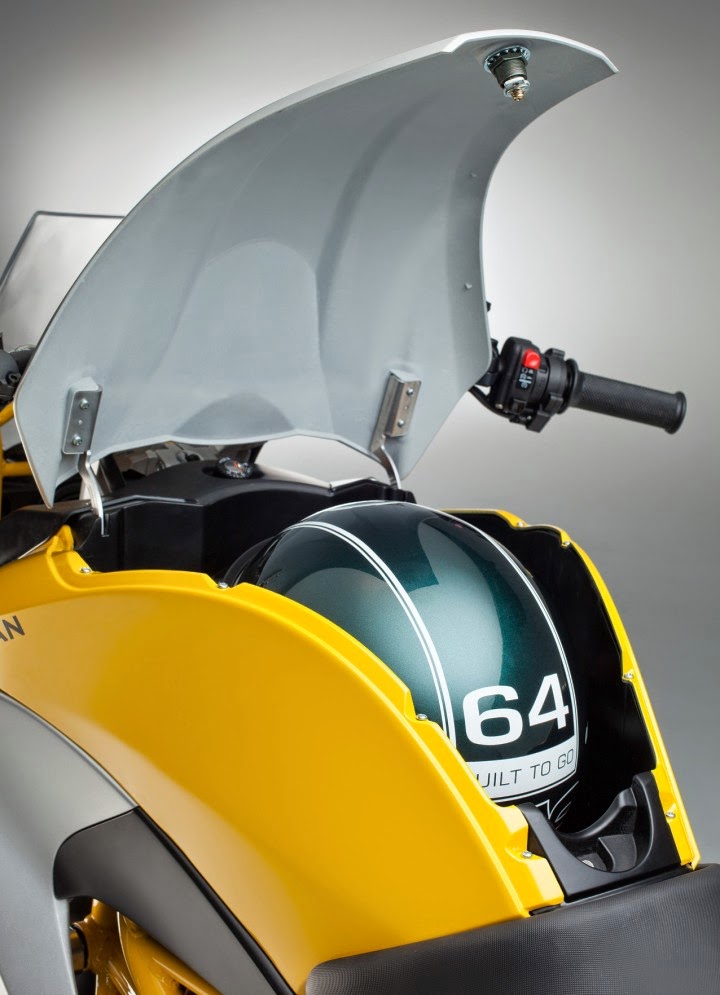 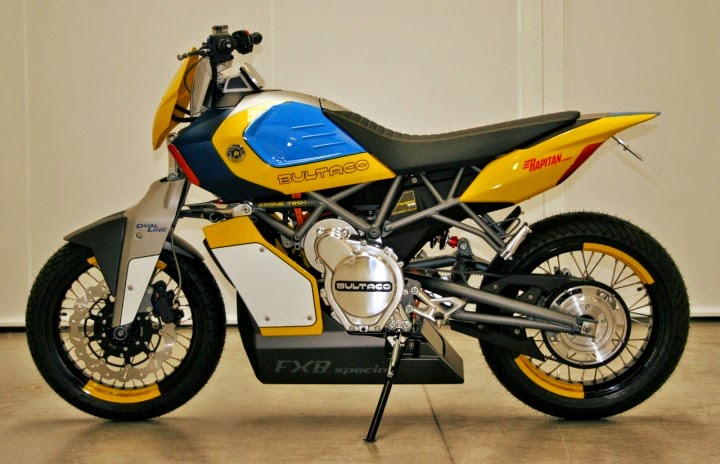 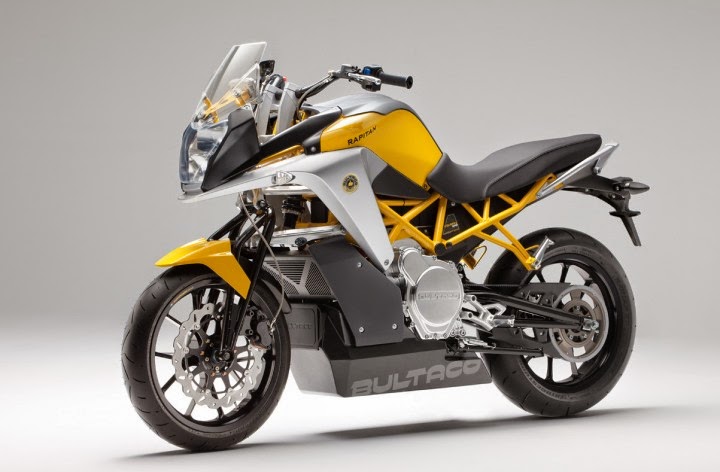