You may recognize the Chironex name from previous posts we've done about them. They're a an Ottawa-based corporation that develops and distributes motorsports, recreational and utility vehicles and also happen to be the Canadian distributor for the Sachs MadAss scooter. 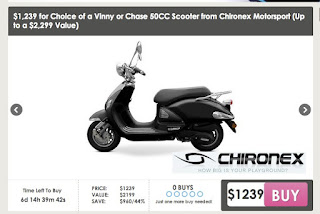 Well it's deal time again. Last time it was a GroupOn and this time it's TeamBuy they've selected to offer a discount through. The deal is on a Vinny or Chase 50CC scooter with the option to upgrade to a 150cc scooter for a small fee.

Additional details of the deal:

You can visit TeamBuy for details on how to purchase in your city.

The Atlantic Motorcycle and ATV show opens its doors this Friday (February 10th, 2012) and runs through to Sunday.


Here's the full details on the event:

The Atlantic Motorcycle and ATV Show will roar into Moncton, this Friday thru Sunday. This event will encompass the entire Moncton Coliseum complex and will showcase the latest products for motorcycle, ATV and off-road enthusiasts available on the market today. The nation’s leading manufacturers will be well represented and visitors will not be left disappointed.

The Atlantic Motorcycle and ATV Show is one of 7 successful, national manufacturer supported motorcycle shows from coast to coast. Owned by the Motorcycle & Moped Industry Council (MMIC) this event is the only show of its kind and caliber in Atlantic Canada. Since 2008, the event has delivered over 50,000 qualified buyers who have enjoyed the biggest and best names in motosports.

Show Manager Scott Sprague is revved up about the 2012 edition of this event. “Being a part of this huge chain of manufacturer supported shows is phenomenal. For a visitor to be able to see a booth that is the same display at the MMIC-COHV Shows in Toronto, Vancouver or elsewhere right in Moncton, the hub of the Maritimes, is fantastic and convenient for all of Atlantic Canada and beyond,” said Sprague.

The Atlantic Motorcycle and ATV Show is where Atlantic Canada RIDES and BUYS! Visitors will be shopping the show and trying that new ATV or Motorcycle on for size and discussing the purchase with their local dealer plus getting all of those tough questions answered right from manufacturer representatives. Visitors can take home awesome deals on parts & accessories, clothing and apparel and so much more. The event is also the leading venue to meet the organizers of local rallies, motorcycle and ATV clubs, destinations, anything and everything to do with the lifestyle that comes with this pastime.

Visitors can enter to win His and Hers Riding Gear compliments of Speed and Strength Gear and Toys for Big Boys. Simply fill out a ballot and it could be you!

Triumph Motorcycles have come out in a big way this year with several custom show bikes including the Tom Cruise Mi3 Scrambler, the Orange County Choppers Triumph Retro Bonneville Custom and many more. Also Triumph, in partnership with Atlantic Motoplex will be presenting Juno Award Winner, Clayton Bellamy of the Road Hammers. Clayton will appear on stage performing during ladies night and in the Triumph booth alongside THE WILD ONE.’ Sucker Punch Sally builds us a modern day BRANDO WILD CHILD, this Bird will be ridden in the release video of Clayton’s new album. See them both at the show.

This year’s highlights include the Yamaha Riding Academy for kids that will also feature ALL NEW ATV training for youth. ATV Training available upon request. In addition to that there will be Yamaha Scooter School training, especially appealing to the ladies; this will be held on Friday and Saturday evening.

And speaking of the ladies, join us on Saturday night from 5 pm – 9 pm when it’s free admission for ladies night, when a regular admission is purchased. There will be special prizes and giveaways just for women, plus our fashion show at 7 and Ladies Scooter training at 8.

The Women on Wheels Fashion Show will also be on each day so be sure to check out the terrific line up of manufacturers clothing modeled on stage from Yamaha, Honda, Harley Davidson, KTM, Victory, Ducati, Suzuki, Triumph and BMW.

And join world rider, Rene Cormier, as he talks passionately about his moto-adventures through Africa and beyond. Meeting him is an adventure YOU won’t want to miss. Also, visitors can check out the all new show and shine featuring local motorcycles. Proceeds to benefit the Bernice McNaughton Bike Club.

Join special guests from River Glade Speedway, as they celebrate 35 years and showcase some of the hottest bikes from the 70s right there on display including a slide show of racing at the track from past and present. The bikes that will have on display for comparison purposes are a 1977 Cr-125 Honda, a 1987 CR-125 Honda as well as a 1997 CR-125 Honda. There will also be a 1979 Can-Am MX-5 250. These Honda's will illustrate the many changes the bikes have undergone over the years. Although 125's are no longer made for the most part, as the 250 4-stroke took over that class of racing we will most likely have a four stoke on hand as well to show further enhancements. These bikes will show the progression from air cooled to liquid engines, from drum brakes to disc brakes, steel frames to aluminum frames and from four inches of suspension travel to twelve. Also, horse power more than doubled over the years!

Chironex Motorsports Inc (an Ottawa-based corporation that develops and distributes motorsports, recreational and utility vehicles) is the exclusive Canadian distributor of the Sachs MadAss 125 motorcycle through a joint venture with German brand Sachs Bikes International.


MSRP for one of these German engineered bad boys is typically $3,649 but Chronex is offering a GroupOn (discounted group purchase website) for the next four days at 40% MRSP - just $2,189.  Quantities are limited so you'd better read the fine print and you'd better act fast!  As of this writing the deal had just gone live and there were no purchases yet. 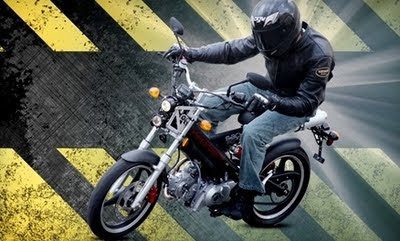 Check out the deal HERE

Here's some additional details on the deal courtesy of Groupon and Chironex:

The motorcycle's design pays homage to Sachs' more than 125-year heritage, sporting a naked look that does away with fairings and plastic parts in favor of durable, school-bus-jumping construction, weighing in at a stout 220 pounds. Specs start with 125cc four-stroke motor with electric start that can reach 90 km/h, coupled with a four-speed foot-shifting manual transmission. The frame holds a five-litre integral tank, enough fuel to set up to 100 kilometres worth of road ablaze before turning around and cooling it off with 16" wheels coated in traction-enhancing asphalt aloe.

Further details include clip-on handlebars, fast-response hydraulic braking, and a slim design that allows the MadAss to park on bicycle racks, all backed by a parts-only limited two-year warranty. Choose from four colours—charcoal, gunmetal, madder red, or magnolia white—when ordering, and learn about add-ons such as an enduro kit to quickly convert the MadAss into a trail-ready ride. Shipping ($150) is included. While pre-delivery inspection is not included in this deal, customers have the option of completing their own set up or Chironex will complete tasks such as bolt tightening, weather adjustments, and fluid top-offs for an added charge ($80–$100).
Comments

Chironex Motorsports Inc (an Ottawa-based corporation that develops and distributes motorsports, recreational and utility vehicles) has entered a joint venture with German brand Sachs Bikes International. Chironex will act as the exclusive Canadian distributor for the Sachs MadAss 125 motorcycle, starting in the spring of 2011. 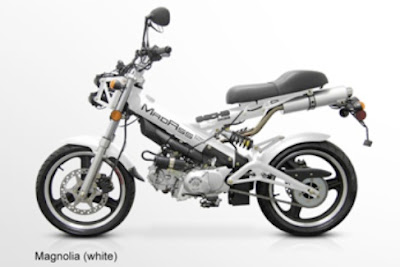 The MadAss 125 features a 125cc 4-stroke motor that drives a motorcycle-style foot shifting manual transmission. The frame of the bike holds fuel in an integral tank and with its 16" wheels and clip-on handlebars, this bike looks as good as it rides.

Light weight (209 lbs by most accounts online ), firm damping, fast-response braking, and great handling work in conjunction to give the MadAss its irresistible road feel.

The bike is growing in cult-like popularity and tuning options are aplenty. The MadAss is available in 4 colour choices: Charcoal (black), Gunmetal (grey), Madder (red), and Magnolia (white).

Founded in 1886, Sachs Bikes International is comprised of a team of accomplished professionals in its research and development, and manufacturing divisions. The company has built a reputation for conceptualizing and subsequently bringing to market innovative and high-performance product offerings, like the MadAss 125. 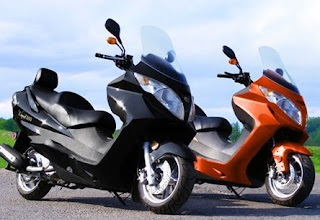 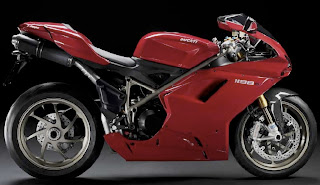 Transport Canada Recall # 2009162
Recall Date: 2009/05/29
Units Affected: 577
Recall Details:
On certain motorcycles, the front axle mount on the right fork may be cracked or deformed. Any damage to the fork may lead to loss of functionality of the steering and suspension systems, which could result in a crash causing property damage, personal injury or death. Correction: Dealers will inspect and, if necessary, replace the right fork.
-----
Kawasaki - Model(s): Versys (KLE650)
Transport Canada Recall # 2009142
Model Year(s) Affected: 2008, 2009
Units Affected: 447
Recall Date: 2009/05/19
Recall Details:
Certain motorcycles equipped with Kawasaki genuine accessory saddlebags may not comply with CMVSS 108 - Lighting System and Retroreflective Devices. When the saddlebags are installed, the rear reflectors become obscured. This could render the vehicle less visible to other motorists during hours of darkness, possibly resulting in a vehicle crash causing personal injury or death. Correction: Dealers will install reflectors to the side of each accessory saddlebag.
-----
KTM - 300 XC-W, 690 DUKE, 690 SMC (Contact # 450-414-4451) 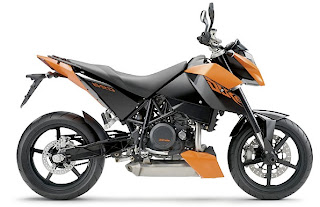 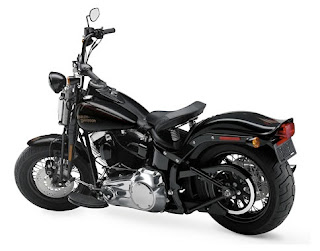 Recall Details:
On certain motorcycles, the acorn stud at the brake reaction link may fall out during vehicle use. If this occurs, the front brake and fender assembly would no longer be adequately retained. The fender may rotate forward to the ground and cause an interference problem between the front tire and the ground surface. This could lead to a vehicle crash causing property damage, personal injury or death. Correction: Dealers will replace the existing acorn stud with a the new acorn stud and retaining clip.
Comments