David Frétigné, French rider of Husqvarna Rallye Team by Speedbrain, has to withdraw from the Dakar Rally 2012. After his vertebrae injury suffered at the Rally dos Sertoes in August, David is on a very good way of recovering. He was allowed from his medical team to train fully for the Dakar since a few weeks.

Unfortunately his final medical exams showed that his injury has not made enough progress to risk a start at the Dakar, known as the hardest race of its kind in the world. His team wishes him strength for his further recovery and will miss him at the starting line on 1st of January.

David Frétigné: "I am very sad that I can finally not start, after all the good hopes and the hard work to come back. I wish my team all the best at the race, and will be with them with my thoughts. I will continue to work hard on my physical condition, it was just a little bit too early to risk a start, but I will be back soon in full strength." 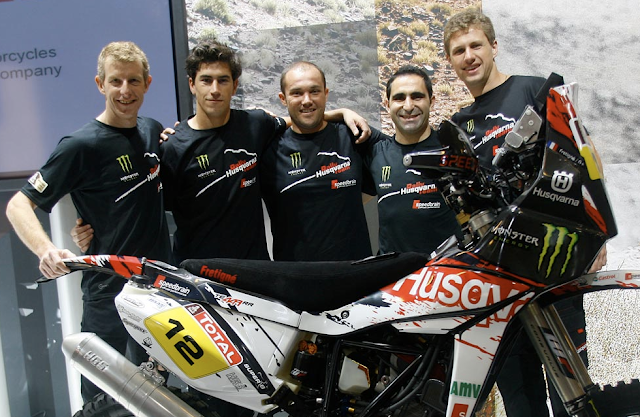