Honda has revealed their  V4 Crosstourer Concept, the "world’s first V4 Adventure Tourer motorcycle" at the 2010 EICMA  in Milan, Italy.  Based on the displacement and size of the bike one could assume that this machine will take the Varadero 1000cc's spot as the adventure tourer in the Honda lineup.  Honda Canada for one has spent a lot of time and effort on the 1000cc machine though and while not a new machine by any means it's pretty new to Canada.

The V4 Crostourer  shares the V4 engine and Dual Clutch Transimission with the VFR1200F and is said to offer the same  fun and excitement of a road sports bike; but with the comfortable upright riding position and manoeuvrability of an adventure machine. 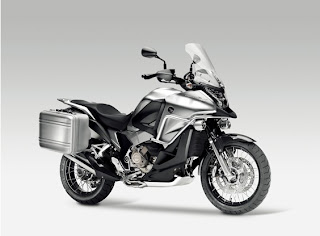 The VFR1200F was the first model to utilize the new iconic V4 engine that signified the beginning of the new era in Honda’s engine line-up. The V4 Crosstourer Concept will utilise the same engine as the Road Sport category VFR to bring the benefits of this world-beating engine to a new type of customer. This will be the first time an Adventure Tourer bike has been fitted with a compact and powerful four cylinder V-engine unit.

The riding experience will be further enhanced with the V4 Crosstourer Concept being developed with the revolutionary Dual Clutch Transmission that gives seamless gear changes for a sport riding feel. The new bike is the second Honda to be fitted with this innovative transmission system after the VFR1200F and it is the first time this award-winning technology has been seen in this category. 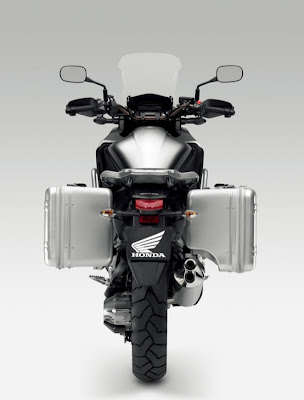 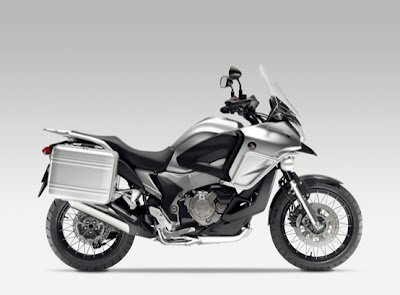 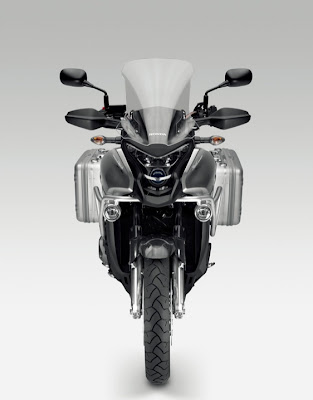