Jorge Lorenzo made it four wins out of four in Sunday's MotoGP race in Barcelona, powering to victory ahead of team-mate Valentino Rossi and Honda's Dani Pedrosa. Jorge has now reduced the gap on the premier class championship leader Rossi to just one point as the MotoGP entourage heads to Assen. 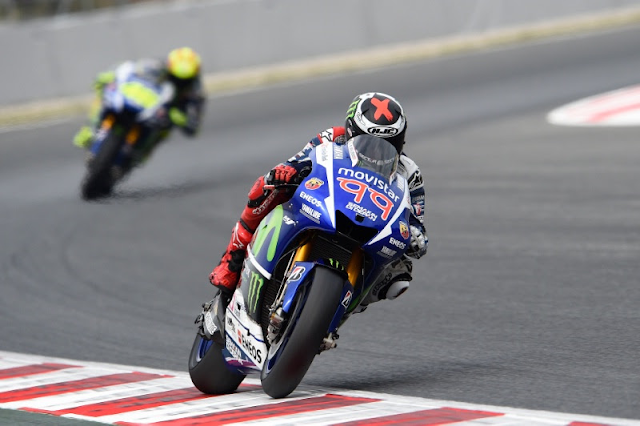 Canada's national pension plan has invested in the company that runs the MotoGP motorbike racing series and done a debt deal with the company that owns the Formula 1 car racing league. The Investment Board of CPP announced the two transactions separately on Friday.

So if you're paying into CPP, you have a little itty bitty stake in MotoGP racing!


In the MotoGP related announcement CPP indicated it had taken a 39 per cent stake in Dorna Sports, an event management, media, and marketing company. Dorna Sports has global rights to the MotoGP motorcycle racing series until 2036.


"We look forward to working together with Dorna’s CEO, Carmelo Ezpeleta, his management team and Bridgepoint to continue Dorna’s global growth and to pursue exciting opportunities to expand into emerging markets," said Andre Bourbonnais, a vice-president with CPP's private investments unit.

More About MotoGP: With an unrivalled 62-year history of elite competition, MotoGP is the world’s premier motorcycling championship, comprising an 9-month, 18-round season, in 13 different countries, spanning 4 continents. Dating back to 1949, it is the oldest motorsport World Championship in existence.  Each Grand Prix brings together the most talented riders from across the world, to participate in races across three distinct categories - MotoGP, Moto2 & Moto3
Comments

Looks like Kawasaki just made the rumors official today - they're out of MotoGP. It's a very expensive program to run, according to a report by Reuters, Kawasaki had competed in motorcycling's premier class since 2003 with annual costs of around 4 billion yen, which is somewhere around 37 million Canadian dollars near as I can figure. 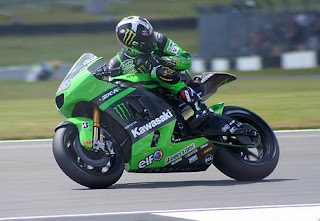 Kawasaki Heavy Industries, Ltd. announced today that it has decided to suspend its factory MotoGP racing activities from 2009 season.

Amid quickly changing business environment, Kawasaki has been promptly taking countermeasures to cope with the situation. As the world economy is not likely to recover in a short period due to the major impact of the financial crisis, Kawasaki decided to suspend its MotoGP racing activities from 2009 season onward and reallocate management resources more efficiently.

Kawasaki will continue racing activities using mass-produced motorcycles as well as supporting general race-oriented customers.
Kawasaki would like to thank all the fans and all those who have forwarded us great help.

Mr.Yoshio Kawamura, the Managing Director of Kawasaki Motors Racing B.V. deeply appreciates the contribution and the dedication brought by staff members of the MotoGP team.
Comments Moto GP is the big kahuna, the top dog in motorcycle racing events. Successful riders are rich and famous and even known to whine a bit. Turns out some of them have a sense of humor as well!

Current series point leader and seven-time Grand Prix World Championship title winner Valentino Rossi has a habit of debuting a new helmet design at the Italian Grand Prix at Mugello. Rossi unveiled his new design and let's just say, he was pretty easy to spot on camera and maybe just a little intimidating to have coming up behind you. The top front of the helmet features a roughly life-size portrait of The Doctor himself in the middle of a scream. When in race tuck you can see Rossi poking out behind the windscreen. If the GP guys had mirrors it certainly might be enough to throw the lead riders off their game seeing that coming up behind them.