Operation Performance of the Chinese Motorcycle industry - first half of 2012

The output and sales of the Chinese motorcycle industry kept declining over the first six months; the average monthly output drop was about 9.97%; April saw the biggest drop of 10.85%.

* Content by By David McMullan the ‘Englishman in China’

Round up of this month’s Chinese motorcycle news

Some interesting motorcycle news from China and our new connection there.

Sales Plunges and the Future of the domestic Chinese Motorcycle Industry
'To live or to die that is the question' announced Mr. Li Bin, the secretary general of the China Association of Automobile Manufacturers Motorcycle Division. He also raised another three questions at the CIMA Motor 2011 (10th China International Motorcycle Trade Exhibition) Summit Forum on the 13th of October: “China's motorcycle output has been the world's number one for 18 consecutive years, and the increase of total output is negligible in recent years, what do we do? Cities ban the use of motorcycles, and rural markets are shrinking, what do we do? China has world's biggest motorcycle manufacturers, but not with advanced technologies, what do we do?”
The domestic Chinese motorcycle industry has been suffering decline since 2010, and current output and total profits are shrinking. Will Chinese city transportation still need motorcycles? The Chinese motorcycle industry faces this conundrum for the first time.
Sales of Chinese Motorcycle Drop on the domestic market
"The turning point began from July 2010," announced Mr. Zhu Xiangyang, the General Manager of CFMOTO. Motorcycle sales began to fall by 20% from September 2010. By May 2011, the output and sales of the Dachangjiang group which is a listed arm of Haojue Holdings and the number one manufacturer in the Chinese motorcycle industry slipped by an incredible 40% as did the sales of motorcycle giant Qingqi Suzuki.
"The overall decline in sales of the Chinese motorcycle industry is 10% up until now," said Mr. Li Bin. A total number of 10.56 million motorcycles were sold between January and August, down 18% year-on-year.
Chinese motorcycles are low value products. China began to implement the National III emission standards on 1st July of 2010, which placed stricter rules on exhaust emissions causing the production costs of a single motorcycle unit to be increased by 1,000 RMB. Mr. Chen Yixin, who is the Vice President of the Dachangjiang Group, made the following calculation: “the adopting of the intelligent EFI system will increase costs by RMB 1,150, and stainless steel exhaust pipes will increase costs by 50 to 80 RMB, and the precious metal single catalyst will add RMB 150 to the costs. Taking the most popular Haojue Suzuki model for example, upgrading it to meet National III emission standards will cost an extra RMB 1,500.”
Mr. Zuo Zongshen, the President of Chongqing Zongshen Motorcycle Company continued in the same vein. “This has greatly curbed the already weakened consumption demand. We are the only country in the world that bans the use of motorcycles in cities, the ban is expanded to over 180 Chinese cities. This involves over 500 million Chinese people; we have potentially lost half of the Chinese market. Chinese rural motorcycle markets are shrinking this year and the growing popularity of electric vehicles and small displacement cars has made the situation worse. To add to this Euro III standards are being developed, and will be put into practice in 2015. This will be the harshest challenge for the Chinese motorcycle industry."
What is the Future of High End Recreational Motorcycles?
Mr. Li Bin, Secretary General of China Association of Automobile Manufacturers (Motorcycle Division), announced that the sales of high end motorcycles on the Beijing motorcycle market have doubled this year. Even though Beijing bans the use of motorcycles, motorcycles can be registered outside the 5th Ring Road which is a playground for motorcyclists.
The Opportunity for Electric Scooters & Bikes
As a rival for the traditional motorcycle, electric bikes made their debut at the CIMA motorcycle trade show.
A spokesman for top EV company Yadea commented "In comparison with the drop in motorcycle sales, our sales are on the rise. We have sold 1.5 million electric bikes between January and September 2011." He also expressed that Yadea’s sales goal of 2011 was 2.5 million units. Yadea ranks No. 2 in the Chinese electric vehicle industry, and its products are priced between RMB 2,500 and 4,500.
The Motorcycle industry looks into the electric vehicle business.
Honda Motorcycle launched two electric bikes on the Chinese market with the intention of making up for its shrinking motorcycle sales.
"After the ban on the use of motorcycles in cities, two-wheel transports have two divergent markets. The first type is the unlawful electric bikes. Although Chinese law defines that the speeds of electric bikes must not exceed 20km/h, there exist a great number of electric bikes the speeds of which are between 20 and 30km/h, and they are modified into the shapes of motorcycles," said Mr. Li Bin. Another type is the fuel powered mopeds. The speeds of all these mopeds exceed 20km/h, and they are given the legal licence, and their sales are 5 million units annually.
EV vehicle spokesman Mr. Wu Fangxiu declared that "It is impossible for China to completely ban the use of electric bikes, as there are too many common people." Mr. Wu Fangxiu holds that technical strength is needed for whichever development direction motorcycle manufacturers take. There are over 200 motorcycle manufacturers in China at the moment but Mr. Li Bin said most motorcycle manufacturers will be eliminated. The number of motorcycle makers will be diminished to 4. “it's like what happened in Germany as finally BMW was left from out of 30 motorcycle enterprises.” he prophesised.
Comments

Motorcycle figures from China for August 2011

We've made a new contact in China.  He lives in Chongqing, China - a city that makes 15% of all the motorcycles ridden in the world!  Yes - the World!  We're hoping that he'll become a regular contributor and that you'll enjoy some motorcycle news from across the globe.

For his first contribution he's provided us with some numbers on the output sales, and exports of the Chinese motorcycle industry in 2011.  Let's just start by saying they sell A LOT of motorcycles.

The Canadian listed (China-based) motorcycle maker Zongshen PEM Power Systems Inc. (TSX:ZPP) said its profits rose substantially in the fourth quarter based on growing demand for higher-end gas motorcycles in China and abroad.
Revenue went from $2 million in the same quarter last year to $75.1 million with $1.4 million profit
Zongshen said sales of large gas motorcycles rose 40 per cent in the last three months of 2010, compared to the earlier quarter, as Chinese dealers restocked their inventory to meet strong customer demand for higher-end models.  Exports to Europe and Brazil were also higher.
The extremely large growth in sales is partly attributable to Zongshen's acquisition of a major Chinese motorcycle brand. 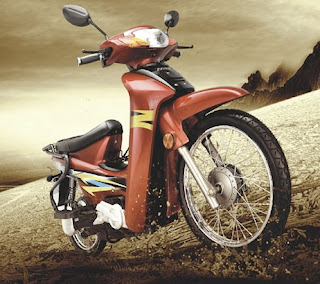 Sales were negatively impacted by a new emissions law in China that led dealers to focus on selling off older inventory before a state-imposed deadline, but the company said it expects its new models to gain a large chunk of the market as competitors lack the resources to upgrade their factories to make vehicles that are up to code.
It also is preparing to launch its new "Toronto" battery powered e-motorcycle to be sold at higher price points than gas motorcycles. The Toronto line was designed to compete on performance and price with 110 cc to 120 cc gas motorcycles in China.
About Zongshen PEM Power Systems Inc.

Zongshen PEM Power Systems Inc. is a public company trading under the symbol ZPP on the Toronto Stock Exchange. The Company manufactures gas motorcycles, electric motorcycles, electric bicycles and other e-vehicles in China for the Chinese domestic and international markets. Zongshen PEM Power System's largest shareholder is Zongshen Industrial Group, one of China's largest manufacturers and distributors of engines and power equipment.
Comments