He was severely injured on stage 5 of the 2009 Dakar race held in Argentina in January 2009. 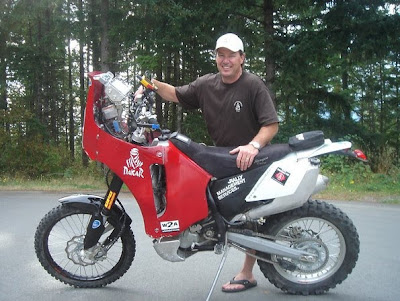 Don will be racing for England’s Patzy Quick race team about a KTM690. Patzy Quick is famous for being the first English women rider to complete the grueling 14 day Paris Dakar Rally and by being featured in the TV series Race to Dakar. 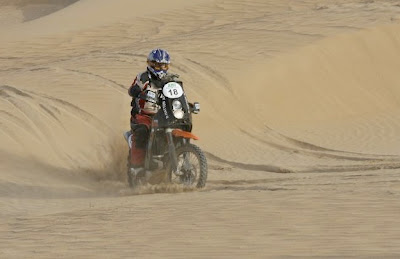 Don is planning to compete in this years Dakar race starting on January 1, 2010. He will be riding a specially prepared KTM motorcycle which will be built in the show room of Duncan Motorsports, a local motorcycle dealership which Don and his wife Natalie purchased earlier this year.

“We are inviting the public to come and see Bernie my mechanic build the bike to race specifications right in the show room. For anyone interested in motorsports, not just motorcycle racing, it should be very interesting and informative”