International Female Ride Day© (IFRD) the world’s only synchronized women’s motorcycle ride day revs up as women make ready its approach Saturday 2 May. The ninth edition of IFRD “JUST RIDE©!” will assemble the planets diverse, proud and enthusiastic women riders through all forms, and styles of motorcycling. International Female Ride Day© highlights and profiles women motorcycle, scooter and trike riders. The day unites female rider camaraderie, inspires others to take up the sport, while shifting perceptions away from motorcycling being that of a masculine activity.
International Female Ride Day© makes one request of women: “JUST RIDE©!” Get on your bikes, be out there and be visible. With an eight year recorded success, its compelling call to action brings female rider participation across the world’s regions on one unified day where each participant is its role model. IFRD reflects the ongoing penchant for motorcycling women have expressed since the motorcycle was invented; while fostering growth and participation of women in the activity of motorcycling. 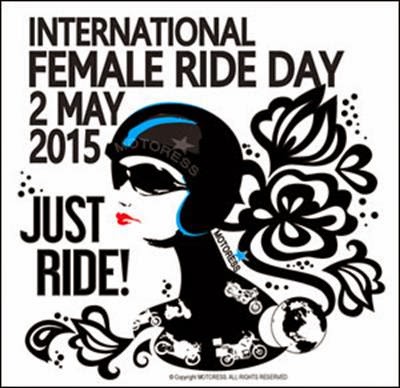 “IFRD is a powerful, unstoppable and thoroughly fun happening! Motorcycling for women still needs support as to it being looked upon as the norm for the female gender. Every woman riding a motorcycle comes under scrutiny, observation and often isolation when simply wanting to enjoy the activity. IFRD has effected change in the industry. It has built camaraderie and strengthened the global women’s motorcycling network causing a hugely positive influence to the activity. I’m very excited about the ninth edition! “, states Vicki Gray, founder IFRD.
Comments