The management team at Lehman Trikes have officially announced the passing of the company founder and director John Lehman. John passed away on Thursday, January 5, in Arizona. He was 60 years old.
He is survived by his wife Linda, one son – Quinten, one daughter – Leann, three surviving sisters – Gladys, Linda, Carol, and three grandchildren. Suspected cause of death is a heart failure brought on by an embolism.
Here's an excerpt from the management at Lehman Trikes: 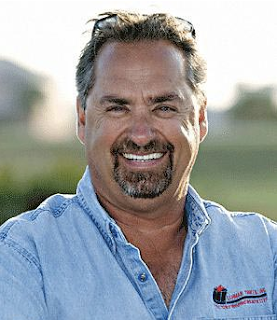 John was one of the most recognized, admired and respected individuals in the motorcycling industry, and is generally considered the Father of the Modern Trike. In 2009 John was inducted into the Sturgis Motorcycle Museum Hall of Fame.
In 1984, John’s passion for motorcycling and his love of family led him to create the first modern trike so his wife, Linda, could carry one of their children. John’s creation had more to do with family togetherness than a business venture. The vehicle garnered so much interest everywhere they traveled that Lehman Industries was born, and John Lehman would go on to become one of the most recognized names in motorcycling.
In 1993, Larry Strilchuk, a long time friend, joined John and Lehman Trikes, Inc. was formed. “Today is crushingly sad,” stated Larry, “John Lehman was my lifelong friend and amazing partner. Through good and bad times, John’s gracious nature, love of family and friends, and positive outlook always touched everyone who came in contact with him. He was dearly loved and will be sorely missed.”
Known for his caring and charitable nature, John along with Larry started a program called the “Good Turn Trike” which eventually became an annual event providing people with a passion for motorcycling, who face some of life’s greatest challenges, a trike – for free. John’s big heart helped raise money for terminally ill children, “Make A Wish Foundation”, “Kids n’ Chrome”, and many other worthwhile charities. He remained active in the company until his passing.
Lehman Trikes, Inc. had recently announced a Letter of Intent from an investment group relating to the sale of Lehman Trikes USA, Inc. The passing of Mr. Lehman will not materially affect that endeavor.
Comments