BMW Motorrad to start motorcycle sales in India by December 2010

BMW Motorrad starts its sales activities on the Indian motorcycle market with two official importers as of December 2010. With "Deutsche Motoren" in Delhi in the north of India and "Navnit Motors" in Mumbai on the west coast and Bangalore in the southern part of the country, BMW Motorrad is relying on two experienced BMW Group partners. With these three sales outlets the German motorcycle manufacturer is represented in the strategically important regions.

Hendrik von Kuenheim, General Director BMW Motorrad: "The BMW Group has already established itself very successfully in India with a local BMW automobile production and a sales network for BMW Group automobiles. Now the market for premium motorcycles is beginning to develop, too. The sales activities now commencing with our two experienced BMW Group partners are of long-term significance to BMW Motorrad. We are confident our motorcycles will swiftly become established in timely preparation for the growing market." 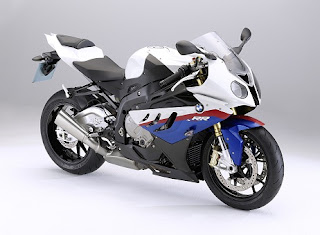 As the most innovative manufacturer of large-volume premium motorcycles in the segments enduro, touring, sports touring and sports, BMW Motorrad is opening a new chapter in its successful market strategy by starting sales activities in India. The motorcycles will be produced at the BMW Motorrad plant in Berlin and supplied to India as CBU (completely built up) units.

BMW Motorrad will initially offer the current models of the R and K series as well as the superbike S 1000 RR, i.e. premium vehicles in each of the relevant categories. The BMW motorcycles of the R series such as the legendary enduro bike BMW R 1200 GS enthuse customers with their unique and distinctive boxer engine in particular.

The BMW K models are regarded as the benchmark in the segment of large-volume 4-cylinder motorcycles due to their technological innovations and superior engine output. Both series also offer the very finest quality in chassis technology and an exemplary standard of safety with the BMW Motorrad ABS. The S 1000 RR, BMWs first superbike, became the most admired sports bike of its class in the motorcycle season 2010.
Comments