DUA Motorsports specializes in sport bike fairings and carbon fiber parts constructed from a proprietary blend of quality high-strength premium fiberglass, cloths and resins. That combined with years of development, attention to detail, a stellar finish and ease of use make for an unbeatable combination. 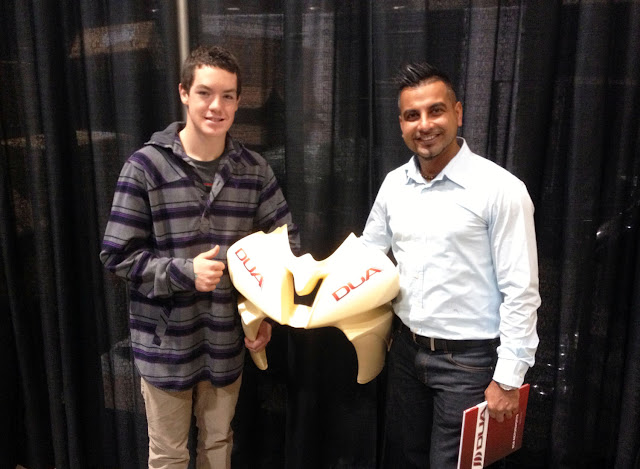 As a road racer himself Rahul Dua, President and Founder of DUA Motorsports, wanted develop a new standard for aftermarket bodywork and based on the feedback from racers competing at the regional and national level in Canada this goal has been achieved. This past year Dua felt that it was time to grow his brand and develop opportunities throughout North America.

“I’ve been following Ben’s career since he raced GP125’s in Canada and the US. When it was decided to introduce DUA Motorsports Bodywork to the American market I couldn’t think of anyone else who I’d rather have as our ambassador south of the border.”  said Rahul Dua, President and Founder of DUA Motorsports.

Young, coming off a successful AMA Pro GoPro Daytona SportBike rookie season was very pleased with the opportunity stated: “I’m honored that Rahul entrusted me and BYR to be their first team to introduce DUA Motorsports Bodywork to America through our presence in the AMA Pro Road Racing series.