GS Trophy 2014: Competition to be Held in North America!

For the first time in its history, the 2014 BMW Motorrad International GS Trophy will take place in the northern hemisphere, with 16 teams composed of participants from at least 18 nations set to rendezvous in Canada to compete in this friendly competition dedicated to the famous GS spirit. 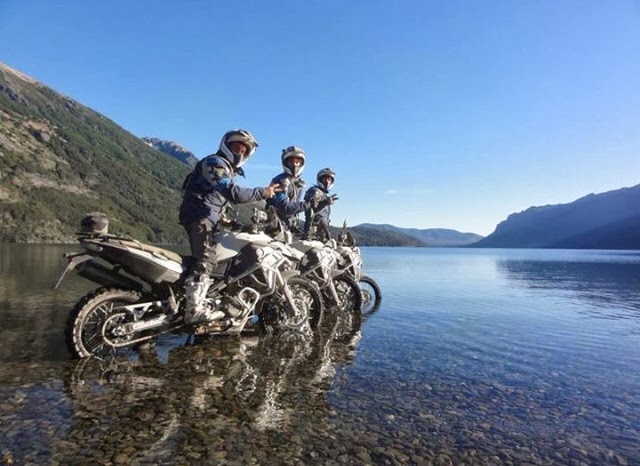 Having first begun in Tunisia in 2008 with just five countries involved, the biennial GS Trophy gathered momentum in 2010, where twice as many teams lined up to represent their nations and do battle in the heat and dust of southern Africa. For 2012, the third – and biggest edition of the GS Trophy to date – brought 15 teams together for a seven-day, 1,200-mile (2,000-km) adventure in Chile and Argentina. 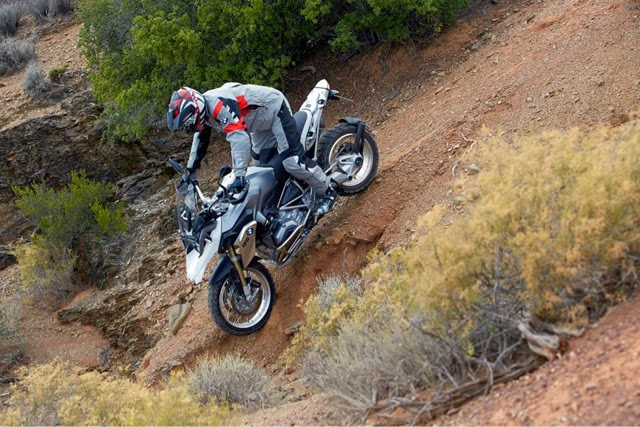 With the South American event fresh in the memory of all those who participated and the hundreds of thousands who followed each day of the Trophy online, the organizers’ thoughts soon turned to 2014 and finding a location that had the potential to reach new heights in the Trophy success story.

Following a period of sustained and detailed research, the destination of western Canada was decided on, with the provinces of British Columbia and Alberta chosen to host the fourth BMW Motorrad International GS Trophy. While details are still being finalized, expect the Trophy to travel between Vancouver and Calgary, and to cross the Rocky Mountains.

Finally being able to make the announcement about the 2014 event is a huge relief for GS Trophy organizer Michael Trammer, who comments, “People have been asking me about this for a long time so I’m delighted to now be able to say that we’re going to Canada for our fourth international event. It’s an amazing country – the second biggest in the world – and we’ve worked closely with our Canadian BMW Motorrad colleagues to plan locations and itineraries so that riders from many different cultures and backgrounds, but all sharing the same love for GS bikes, will be able to ride these wonderful bikes in such incredible landscapes.

“Furthermore, I’m delighted to say that next year, all participants will be using the liquid-cooled R1200GS to contest the Trophy, which will be the first time that the competition is featuring the large-capacity travel enduro. For the three previous events, we’ve used the outstanding F800GS which has served us extremely well, but we feel it’s now time to demonstrate the ability and agility of our big sports boxer as the ultimate ‘go anywhere’ motorcycle.”

For BMW Motorrad Canada’s Motorcycle Manager Norm Wells, hosting the 2014 event is a great opportunity to show GS enthusiasts from around the world the rugged beauty of this huge, densely forested but sparsely populated nation that spans six time zones, contains 20 percent of the world’s fresh water and the majority of the world’s polar bears!

“It’s great for our GS community that the GS Trophy is coming to Canada next year,” he said. “We’ve supported this big international event with teams in 2010 and 2012, but we’ve also had our own ‘GS Challenges’ on the east and west side of the country for several years prior to this. A BMW GS bike is the perfect machine on which to explore Canada, and although we’ll only be showing our international visitors a tiny part of what our nation has to offer, you can be sure that routes and challenges will be chosen so that all participants get the best possible experience of the ‘big country’ next September.”

KTM reports with great sadness that American KTM factory rider Kurt Casellidied as the result of injuries sustained in a crash while competing in the SCORE/Baja 1000 this weekend.

Kurt, part of the Factory FMF/Bonanza Plumbing/KTM team competing in this desert race, was in a leading position when he suffered a crash that resulted in severe head trauma. He died of his injuries in Ensenada, Baja California, Mexico.

The team, who have now recovered Kurt's bike discovered traces on the machine that indicate he had collided with some animal, which apparently caused the crash.

Kurt, 30, was an accomplished American offroad and desert rider but he had also made a successful transition to international rallies for the KTM Factory Team. He was admired and respected in racing circles for his skill, natural talent and exemplary sportsmanship far beyond the borders of his home country. While Kurt was one of the most popular figures on the KTM team, he was also an unmatched role model for young riders and fans.

Passionate about his sport, he had multiple consecutive championships in WORCS and National Hare and Hound racing and had been the lead rider for the USA International Six Days Enduro team for the past ten years. In January 2013, Kurt was drafted into the official KTM Rally team to ride in the Dakar Rally, replacing his friend and factory teammate Marc Coma, who was injured. Kurt’s debut ride in the 2013 Dakar Rally was impressive. He was subsequently given a permanent spot on the KTM Rally team and was preparing to contest the Dakar 2014 and the FIM World Cross Country Rallies Championship in the coming season.

Pit Beirer, Head of KTM Motorsports: “Today we lost a KTM hero in the worst possible circumstances. We are shocked and saddened by this tragic news and our thoughts and deepest condolences go out to Kurt’s family. Kurt was much more than a very talented rider; he was also an exceptional team player. He represented and lived by the values and a passion for racing that lies at the very core of KTM. Our sport has lost more than a great rider; we have also lost an excellent ambassador for offroad racing.”

Jon-Erik Burleson, President of KTM North America: ”We at KTM can't put into context the loss everyone in the motorcycling community is experiencing. Beyond his racing successes and talent as a rider, Kurt was above all else a core member of our greater off-road family that simply can't be replaced. Kurt inspired the KTM family to keep pushing the limits of racing. He was the driving force behind our renewed efforts in Baja, Hare & Hound and the International Six Days Enduro. His work ethic, attitude and graciousness will never be matched.”

Antti Kallonen, Factory FMF/KTM Team Manager: “The loss of Kurt is immense to the sport, our team and to our family. Kurt has been on KTM his entire professional career. Even in the early years he brought something special to the off-road environment by bringing a leadership role like no other. He had the uncanny ability to bring a team together for efforts big and small. Professional motorcycle racing is always considered an individual sport, but Kurt made it a team sport. Whenever there was an opportunity to lead, help, inspire, advise or coach Kurt went into it like he went into a race—completely prepared, completely confident and knowing he could win. Kurt was the most galvanizing force I’ve ever seen. Those who knew him were lucky. Those of us who got to work with him were blessed”.

Kurt Caselli will be deeply missed by the entire KTM family, his teammates, his fellow competitors and by his fans all over the world. At this time of acute sadness, the KTM management and the entire KTM international family extend their heartfelt condolences to the Caselli family.
Comments