Yamaha brings back the Factory Ride Award for 2016

For 2016, Yamaha Motor Canada is pleased to bring back their popular and newly rebranded ‘Yamaha bLU cRU Factory Ride’ award. One award will be given at each of the three biggest amateur motocross events in Canada. Last year’s big winners were Kyle Biro (WCAN), William Mirreault and Nick Denniston (ECAN), and Marco Cannella (TransCan). Each won a ‘Factory Ride’ in addition to a $2500 parts credit!
This year, Yamaha has adopted the bLU cRU program from the United States and brought it north to Canadian riders to further offer amateur racing support.
Bryan Hudgin, Yamaha’s Race Director commented, “Right now we already have Canadian amateur riders like Marco Cannella and Jake Tricco being supported by bLU cRU while riding in the U.S. so making this a North American program makes sense. What’s great about the ‘Yamaha bLU cRU Factory Ride’ award is, not only do the winners get the use of a new YZ of their choice for the next race season but they also can use the parts credit for our GYTR and Yamalube lines as well as our affiliated brands like One Industries, Factory Effex, Matrix and Cycra.
With the award available at the Raymond Western Canadian Amateur National (July 1-3, 2016), Deschambault Grand National Amateur Championship (August 4-7, 2016) and at the Walton TransCan (August 17-21, 2016). Hudgin went on to discuss the importance of giving one award away at each event, “The ‘Yamaha bLU cRU Factory Ride’ award gives amateur Yamaha riders from coast to coast a chance to earn this prize. We want to show customers our commitment to amateur racing and our appreciation for their business.”

How Do You Win?
Of all the Yamaha riders at each event, the winning rider must attain the most cumulative points for their finishes.
The Rules:
• Contest open only to amateur Yamaha riders.
• You must be a resident of Canada.
• Your Yamaha must be a Canadian purchased unit.
• Rider cannot be an employee of Yamaha Motor Canada or one of its dealerships.
• Winner is only eligible for one prize. (Cannot win at multiple events)

Hudgin concluded, “If you race Raymond, Deschambault or Walton, make sure you’re doing it on a Yamaha. You may ride for free in 2017 on a ‘Yamaha bLU cRU Factory Ride’!”
Comments 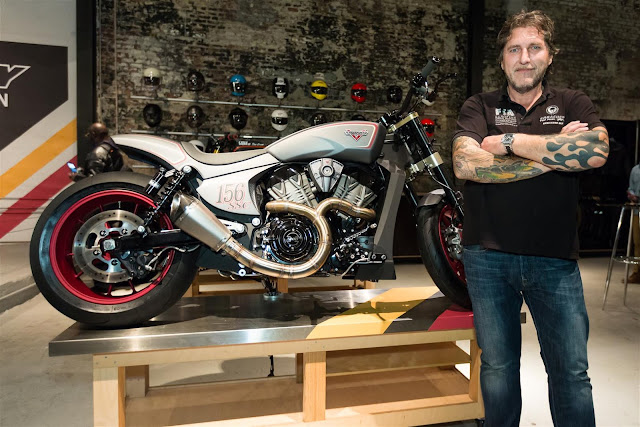 “Our family has a long-standing relationship with Victory Motorcycles customizing many Victory production bikes in the past,” says Zach Ness, third generation custom builder and grandson of the “Godfather of Customs,” Arlen Ness. “It’s always fun to look into the future – so to have the trust of Victory to create a more conceptual bike has been great.  Also, as one of the first to ride this new engine it absolutely RIPS!”
This Ness concept follows the Milan, Italy EICMA reveal of a concept bike built by Urs Erbacher of Switzerland. His concept bike known as “Ignition” took the first pre-production engine and wrapped it in an aggressive sport-bike inspired stance intended to satisfy needs of European riders.
Both the Ignition Concept and the Combustion Concept are propelled by production-intent engines that will power a new model Victory Motorcycle to be revealed in 2016. The Engine is a 1200cc liquid cooled 60 degree V-Twin design with four valves per cylinder that will deliver the kind of engine performance enthusiast riders find exhilarating.
“This new engine platform offers the most versatility in American Motorcycling.” says Motorcycle Product Director Gary Gray.  “Both concepts, Ignition and Combustion, are intended to show what this motor is capable of in very distinct, visual forms.  While the bikes are very different, the powertrain is capable of delivering the performance required of the look in both cases.”
“Victory Motorcycles have taken a strong positioning as the Modern American Muscle brand,” says Steve Menneto, President of the Polaris Motorcycles Division. “We are excited about our path for this brand.  Our latest work will complement the existing line-up of motorcycles powered by the award-winning Freedom 106 design.”
Comments

BMW Motorrad achieves its best start into the new motorcycle season to date with a solid growth of 7.7 %. In the first three months of 2016, 33,788 motorcycles and maxi scooters were delivered to customers (prev. yr.: 31,370 units). 2.418 units more than in the equivalent period last year. In March
BMW Motorrad delivered 16,465 vehicles worldwide (prev. yr.: 15,912 units) amounting to a 3.5 % growth in sales.
Heiner Faust, BMW Motorrad Head of Sales and Marketing: "BMW Motorrad has started into the new 2016 motorcycle season with the best first quarterly sales of all time. With a solid growth of 7.7%, BMW Motorrad remains firmly on course for success following the record year in 2015. The current model range is very popular with our customers. This is also reflected by the high number of incoming orders. We are expecting are very positive business performance this year, too.” 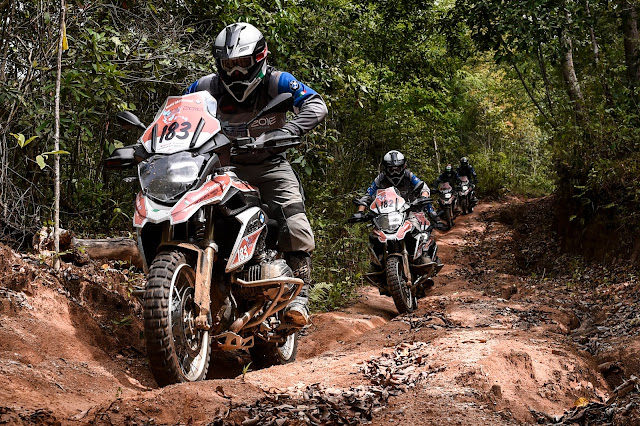 In the first quarter BMW Motorrad recorded growth above all in Europe and Asia. Developments are especially positive in Spain (2,190 units, +39.2 %), Italy (3,125 units, +6.4 %) and Great Britain (1,984 units, +9.2 %). Germany still remains the strongest single market with 5,668 units (+5.6 %) followed by France (3,230 units, + 2.4 %). In China BMW Motorrad has increased sales by 74.4 % to 853 units sold.
The BMW Motorrad sales ranking is still headed by the R 1200 GS travel enduro and its sister model, the R 1200 GS Adventure. In the first three months already more than 11,391 flat-twin GS motorcycles have been delivered to customers worldwide. Next on the list of the most sought-after models is the BMW S 1000 RR (2,385 units) and the BMW S 1000 XR (2,206 units).
Heiner Faust comments: “Naturally last year’s new models are strongly contributing to growth, for example the R 1200 RS sports tourer and the S 1000 XR Adventure bike. However, our spring business is a result of our strong overall model range. Even in its third year on the market, the ultimate travel enduro, the R 1200 GS Adventure, is continuing to achieve ever higher sales figures. Sales of our long running F Series, the F 700 GS and F 800 GS, also exceed last year's sales overall. Our new C 650 maxi scooters, launched at the turn of the year, are also fully on target.”
Tough endurance test for both customers and R 1200 GS at the  GS Trophy 2016
The 5. BMW Motorrad International GS Trophy, probably the most unique motorcycle customer event worldwide, ended on 5. March after seven tough days of competition. This time it was held in Thailand. In this year’s edition, 19 teams from a total of 25 countries took part. On their seven-day trek covering more than 1,300 km through the forests, jungles and mountains of Northern Thailand, the participants not only put their riding skills to the test, but their endurance and team spirit as well. With temperatures far exceeding 30° C and very humid conditions, this was one of the most strenuous GS Trophies. The 114 motorcycles involved covered a total distance of 150,000 km under the toughest conditions.
Heiner Faust comments: “Once again the flat-twin GS bikes proved their stuff. There were no technical failures in this merciless event for man and machine. Participants praised the BMW cult enduros for their ease of operation, their robustness and their unbelievable on and off road potential.
The participants battled it out right up until the end. Following a thrilling finish, Team South Africa managed to take first place. It kept its nerve and took the first victory for its country at this event.
Comments

The BMW R1200GS, R1200GSA and R1200RT posted particularly strong sales in the first quarter as momentum gathers for the start of the riding season.
Comments